Thoughts on NCTM as an organization 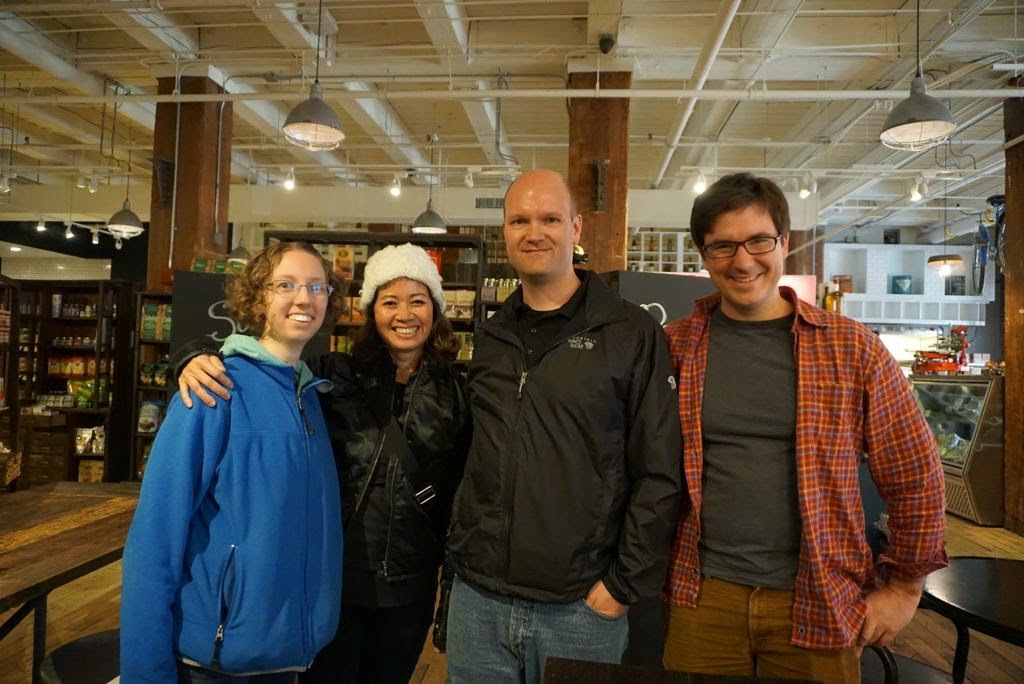 As a final tweetup with NCTM annual conference attendees, I met up with Justin, Fawn and Raymond for lunch. Raymond pushed us to think deeply about some not so simple things. Mostly we talked about what NCTM's role is in our professional lives. I made a few claims, I'm throwing them out here tonight expecting you to understand that they are thoughts of the moment and I'm not even consistent across the list, let alone consistent with my actual beliefs after some more sleep. Please ask questions and discuss in the comments.

- NCTM is huge and my voice isn't well heard there. It's tempting to spend my time elsewhere. I can read about lesson ideas on blog posts, engage in conversations on Twitter and see people at TMC.

- I happily work with NCTM when invited! When I was given the opportunity to contribute to the MTMS blog I was thrilled to do so (1, 2, 3, 4).  Once invited, I even gave some feedback since I felt like I might be heard (the locked comments without a link to log in is deterring, writing posts in word documents isn't ideal).

- I also engage when it's really convenient. I attended the regional conference when it was in Hartford (where my parents live) and the annual conference when it was in Boston (where I live). However, other conferences are not even up for consideration because the cost of registration + travel + hotel is all coming out of my own pocket. I don't get enough in return to make it worthwhile.

But NCTM is huge and I should make an effort to engage, right? It's supposed to be our professional organization and if I don't like the way it works, the correct response is to fix it. There are two aspects to the 'huge' descriptor. First, it's so big it moves incredibly slowly, change is hard and complex. Second, it has access to impressive numbers of math teachers.

- In an attempt to find utility in the NCTM journal I receive, I made a resolution to 'live tweet' at least one article from each journal. When I open the email knowing I'm going to read at least one, I usually end up reading multiple. But when I open the email as another in a page of things that feel like spam, nothing seems engaging. I would love to create a culture of tweeting about journal articles so more of us would read with intention. Maybe you'll join me in this resolution and if enough of us play along NCTM will pay attention?

- Obviously I did make an effort to engage because we had a booth. This was part me pushing and part invitation. I hope that we opened the lines of communication with some of the people in charge so that MTBoS voices might come through a bit louder. I think it was clear to everyone who stopped by the booth that we are a strong contingent of math teachers. I also hope that it was clear that we aren't recruiting teachers away from NCTM but instead made a large internet community jealous of our weekend and that's another reason for them to move toward NCTM.

I believe in the teaching practices that NCTM shares. The process standards were the precursors to the CCSS math practices. I studied them in school and valued their importance. But then to get out into teaching and not see teachers using those standards? And to hear people's reactions to the CCSS? You'd never think that our largest organization said these things years ago. I read an article about researchers from Japan coming to the US excited to see how people used the process standards in the classroom and then being shocked that the classrooms reflected none of the research. What's the point of having a huge organization with tens of thousands of members if no one is acting on what they say? I exaggerate, there are people acting on the research, but I hypothesize it's a small percentage of the membership. That task seems daunting and the temptation returns to focus my efforts on my community of teachers who want to engage.

Note: I fell asleep while writing this last night and finished the afternoon. Apologies for the complete lack of links.
Posted by Tina Cardone